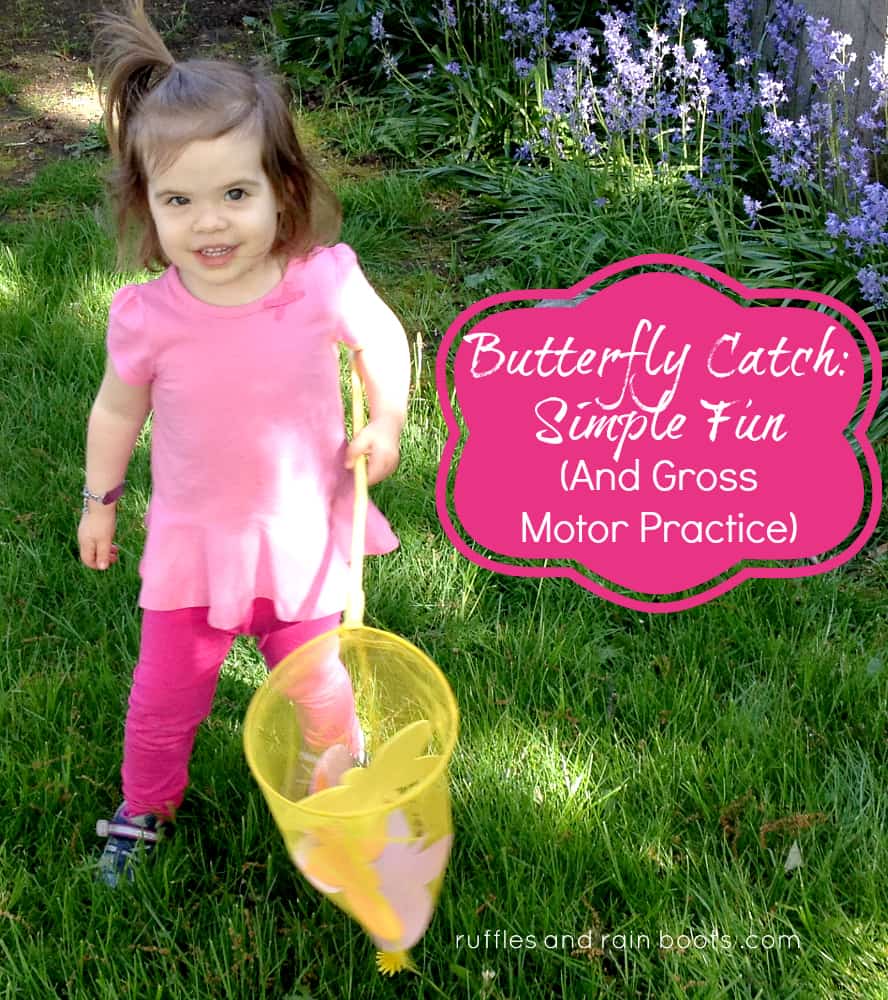 Before having a toddler, the midnight hours were quite fun. I never met any witches or ghosts, but I was up when most were asleep, enjoying the activities that the time offered to the adult-types…

The adult types with no kids, that is.

Now, however, the witching hour is this tricky time right before dinner.

And it. Is. Terrifying.

Some days, I’d prefer dealing with witches and ghosts than with a non-napping toddler who has just had the excitement and the day’s stresses catch up to her.

Click “Read More” to learn about a simple, quick to set up game that helps to teach AND has our toddler focus her energy on something other than tantrums!

We had a few minutes before I needed to start dinner and we wanted to be outside because it was gorgeous (which here in the Pacific north west means it wasn’t raining).

I needed an activity that would:

Earlier that day, we had been talking about the weather because it was one of those windy days where ponytails were the only hair style choice if you wanted to be able to see where you were walking. I love the windy Spring days – it’s like they’re here to blow away all of the winter gloominess.

We had a few foam butterflies out for a spring craft that got postponed due to a no-nap kind of afternoon. So I said, “self: your little girl likes butterflies. Let’s use them.” 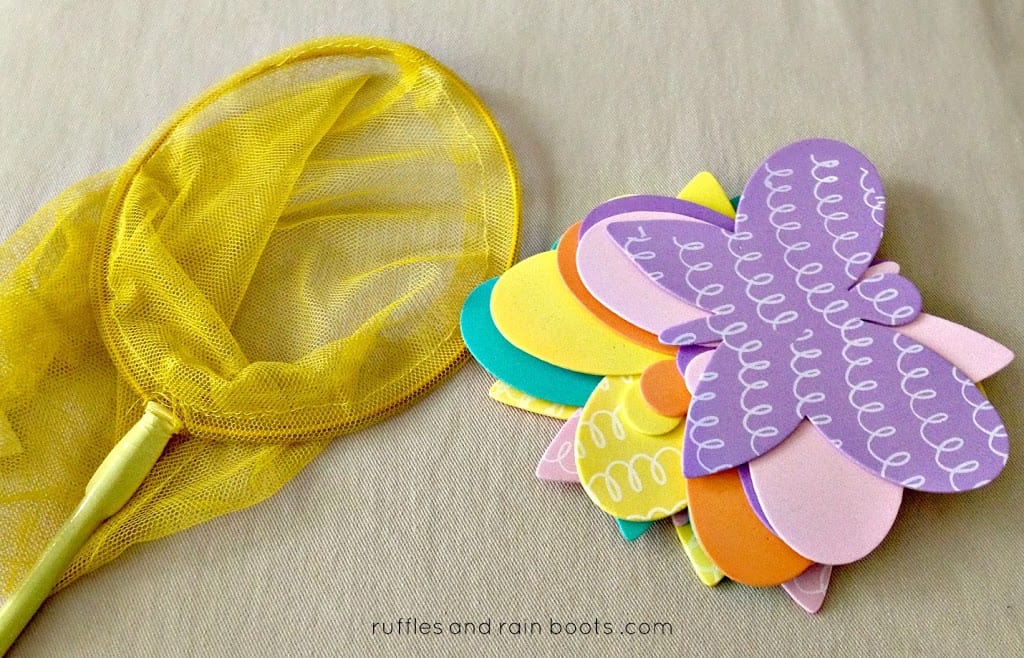 Close at hand was a net we keep out for impromptu fishing expeditions – in the tub. So I said, “self: your little girl likes the net.”

Now, both of these goodies were purchased at Target in the dollar section last year so it’s not like they are hard to come by. Be on the lookout for a butterfly net if you don’t have one and you do have a toddler. I can’t tell you how many times this little thing has saved a happy girl from succumbing to a sour mood.

And, although the net was only a dollar it’s the most amazing part of this post. Why? Because it amazes me that this cheap crap has survived for more than a year, getting used multiple times per week!

Amazing, right? Someone should call Guinness! Perhaps I should be more specific – it’s the records group, not the beer group. Although if someone called the latter, I probably wouldn’t complain.

From butterflies to beer. How is it that I’m responsible for a human being?

This activity had Elise working on gross motor skills, color recognition and hand-eye coordination. But all she knew was that it was, “oh so much fun!” 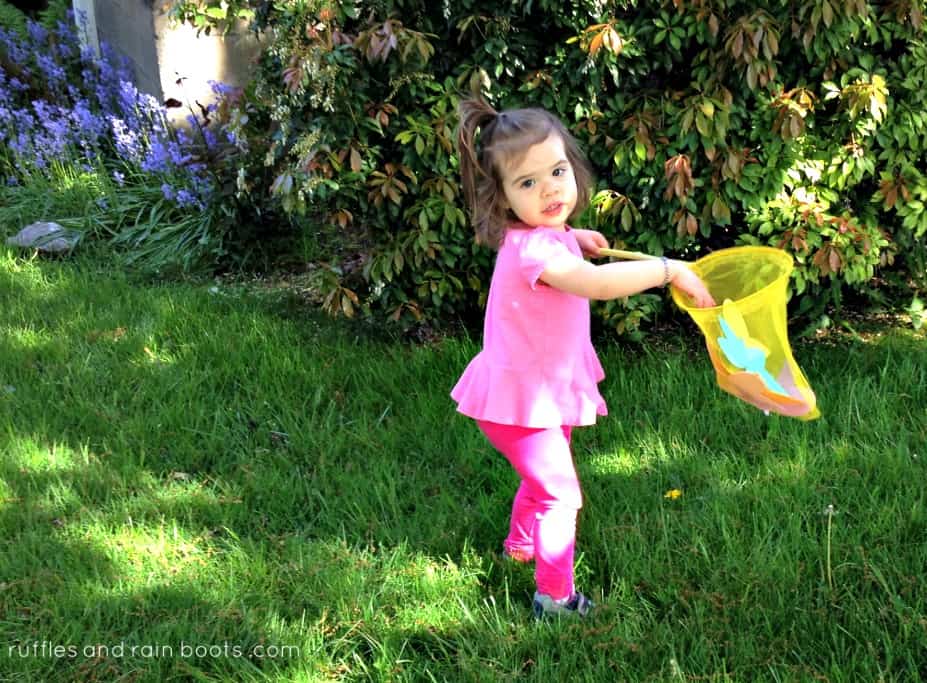 Our game was simple: let the butterflies fly (mom launched them flat so that the wind would catch them) and try to catch them in the net. Although she never caught one, she chased after them with gusto! Even the too-long-cuz-it’s-Springtime-in-the-Pacific-North-West’s grass didn’t slow her down.

We played about three rounds of this before we had to go in and start dinner. That didn’t stop the fun, however. She loved this so much that we reenacted the fun inside for Daddy when he got home. 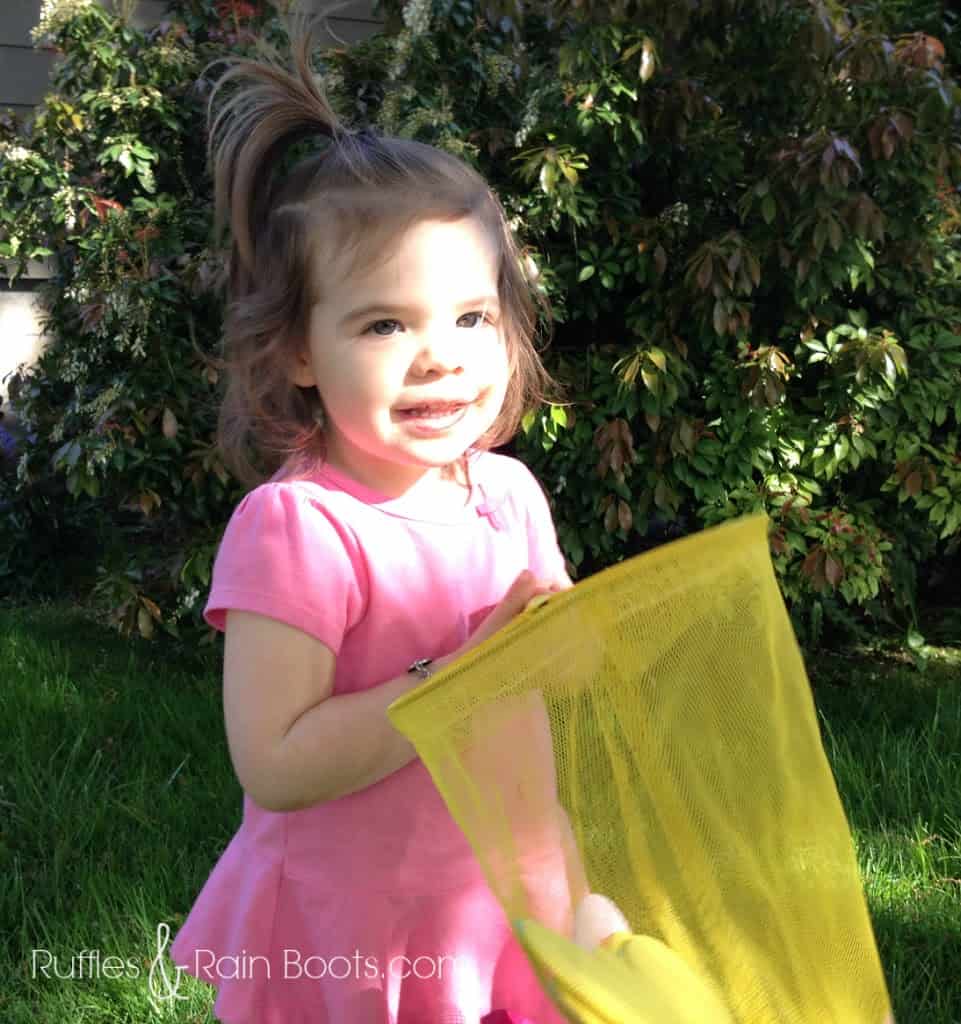 As a side note, I’ve been busy on creating two unbelievably awesome dress up dresses for Elise and it’s kept me very busy. Not wanting to shell out nearly $200 for the Disney store versions of the play dresses for Princess Elsa and Princess Anna from the Frozen movie has been a great motivator.
I’ve been focusing on being able to have them made for about $20 with limited sewing knowledge – you know, ‘cuz that’s what I’ve got! I’m happy to say that I have figured both the dresses out and will be posting them soon – one here at Ruffles and Rain Boots and the other at 733blog.com. Kim has invited us to guest post on her site, and we’ll be sharing the Princess / Queen Elsa dress.
Although we’ve been quiet on the Ruffles and Rain Boots front, we’ve been busy crafting and making some awesome memories. I hope to be catching up with you all quite soon.
We’d be grateful if you shared what you read here on any of the social media platforms you frequent. Thanks for playing with us today! 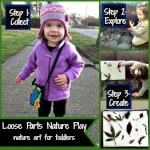 This was shared on Google+ by Sarah Nenni-Daher.
Join me there & join in the fun!
Stay connected with Ruffles and Rain Boots: