Resolutions and the New Year

Are you a resolutions maker? I’m more of a gal who likes to set goals and hash out objectives – a definite byproduct of my project management days. Approaching a new year is like a new project, right? Project Me. I promise I don’t get out the project software or the flip charts and white boards – for Project Me, it’s simple.

While getting my Master’s degree, I met a professor with whom I had a near-instantaneous bond. He became my advisor and mentor and is still someone I think of often. He had the following tattooed on his wrist:  “I walk slowly, but I never walk backward.”

As you can imagine, I asked him about this. I guess I’m kind of nosy and in my defense, it was sort of an odd thing to have a professor with ink so visible.

This is his abridged story. Oh, and we’re going to call him, Professor Pete, even though that’s not even close to his real name. 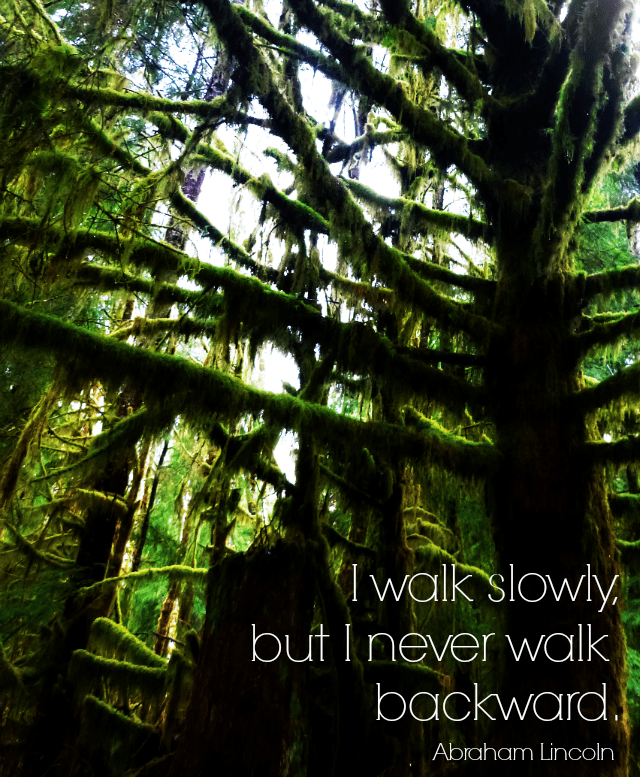 When he was 22, Professor Pete sat with his father while he lie dying. Because he was uncomfortable sitting in silence with the only respite being his father’s irregular breathing, my professor started talking about a job offer he was given just two days before. He said that he might have to take it even though it was out of the field he wanted to be in, but that there were no openings where he wanted in his field. Professor Pete prattled on and on about this, posing the question of whether or not he should stay where he was or take the job and try to like it.

After 15 minutes of Professor Pete rambling on (his words, not mine), his father replied with, ‘It doesn’t matter.” Professor Pete was shocked at his father’s words and sat there staring at his dad, open-mouthed and silent. Professor Pete’s pop laughed and then stressed the importance of continually improving; to always strive for a higher level in anything you do; to never be static. His father begged him to remember to always move forward, even if it’s inch-by-inch. Before he died, Professor Pete’s father repeated this quote from Honest Abe no less than 5 times.

Professor Pete had it tattooed on his wrist the day of his father’s funeral.

I took this story to mean that no matter how big the goal, no matter how impossible it might seem, one can always take small and measured steps toward it. Now, I have some of the same goals as most: be the best parent I can be, be a supportive and loving wife, and to stop eating chips and salsa late at night.

Actually, I might need ya’ll to stage an intervention for that last one.

But blogging has been kind of a game-changer for me this year; blogging is now a big part of my Project Me. I’ve learned so much this past year, and that thirst for knowledge is addicting.

The pride is nearly palpable after one figures out how to code something without instruction (albeit after a few failed attempts in my case). When you reach a group of readers who engage in a back-and-forth discussion on a project, it energizes you to make something else that would get that conversation going again with new readers.

But there is a dark side to blogging. “Come to the dark side,” it says. “We have cookies. And social media. And editorial calendars. And sharing groups. And statistics.”

And before you know it, you’re staying up until 2 am trying to get a post scheduled. You’re taking (and retaking, and retaking, and retaking) photos. You’re performing acrobatic feats to find the best shot of your latest project. You start begging the clouds to give you just a 10 minute window of sunshine. In Seattle. In winter. And you do all this while the kiddo is having her quiet time or after she’s gone to bed because you tell yourself that your hobby shouldn’t take away from the time you get with her.

What I’m saying is that although this blog is a huge part of my life, Project Me, I’m keeping it (and the goals I have for it) in perspective. I’ve created this printable for all my blogger friends. It makes me laugh, and that’s awesome in itself, but it also reminds me to not get caught up in it. Tack it up on your wall or save it to your Facebook page. Ahem, hint. 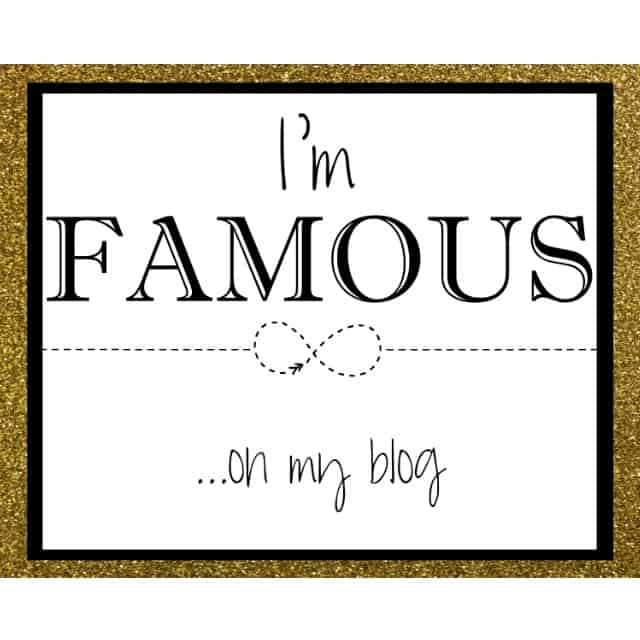 So, Happy New Year to all my friends, family, and readers. I can’t wait to see what we can accomplish together in 2015. Speaking of 2015, does anyone know where a gal can start learning about shooting with a DSLR? I’m in over my head with this new toy… On a sweeter note, I tried my hand at hand cutting a 2015 cookie for New Year’s. It wasn’t too pretty (gold and silver luster dust look much better in person), but it sure was tasty! 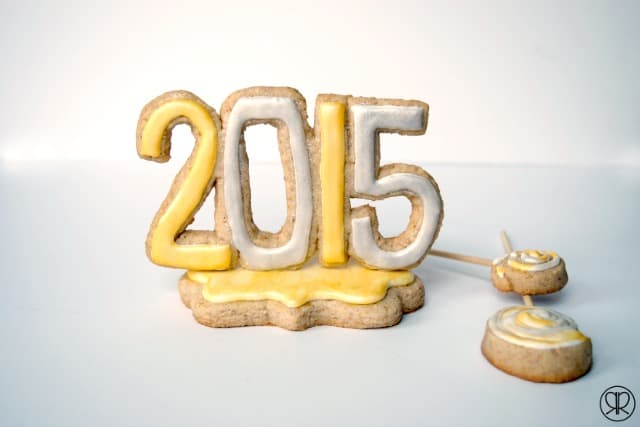