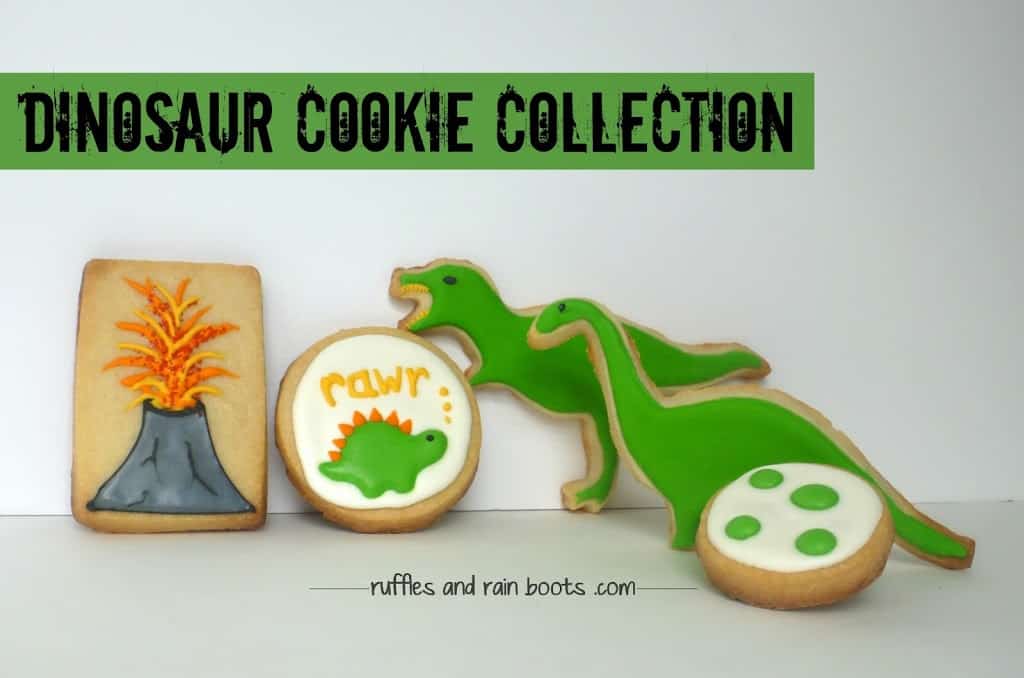 If you are a regular reader of Ruffles and Rain Boots, you know that our 2.5 year old daughter loves dinosaurs. She gets so excited when she can tell you all about one: physical features, what they ate, when they lived, etc. If you’re really nice, she might even tell you why they would be friends.

Pteradon, Tyrannosaurus Rex, and Apatosaurus are her current favorites. Just ask her – she’ll tell you aaaaallll about them while twirling around in her princess dress.

Click on “read more” to join partake in some prehistoric party treats.

Because of her interest, I’ve set up quite a lot of dinosaur themed fun and thought I could add a little treat to one of our learn and play days centered on the big beasts.

Just to prepare you, these cookies are also “well done” on the edges. It’s part of the same batch as my monster and alien cookies. Lesson learned: don’t try and cook a ton of different shapes at once. I’m not as good of a baker as I need to be to pull that off successfully.

The little “rawr” Stegosaurus and the dinosaur egg were made using some royal icing transfer I’d made months ago. I had forgotten about them – which tends to happen when you don’t know what you’d possibly ever use left over green icing for but you made some shapes that (sort of) resembled dinosaurs.

Truth be told, I was trying to make turtles but gave up. 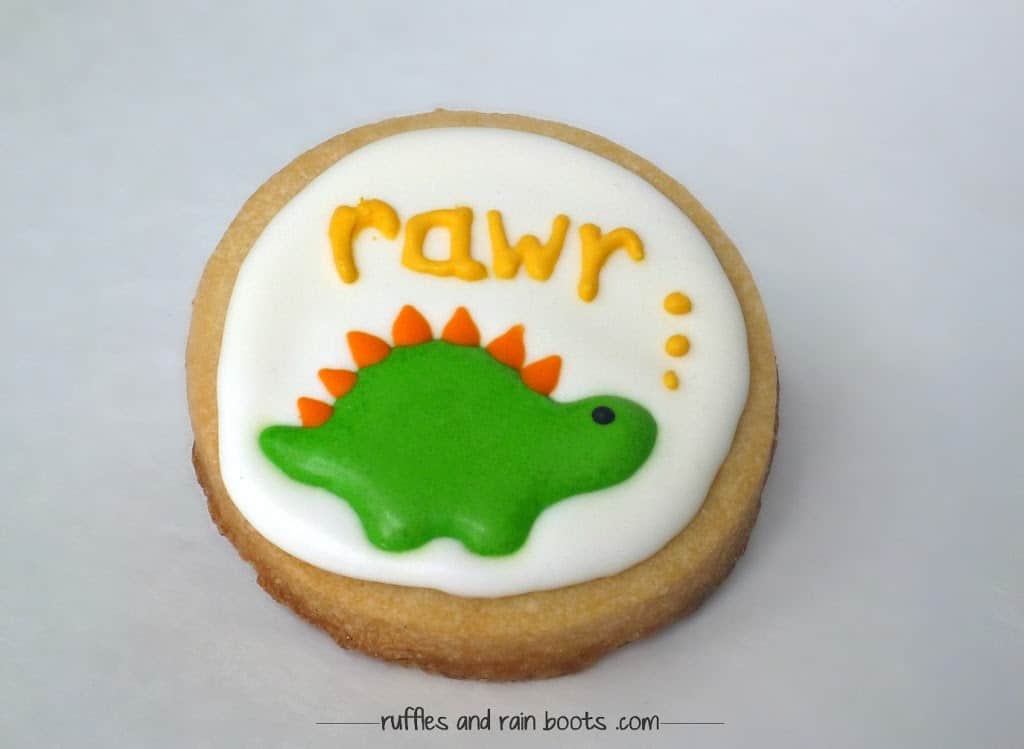 The “egg” was made because I had a boat load of dots and that’s what came to mind when I looked at them. This would have been a lot better if I’d have used an egg cutter, but when I made the cookies, I hadn’t intended on making eggs. 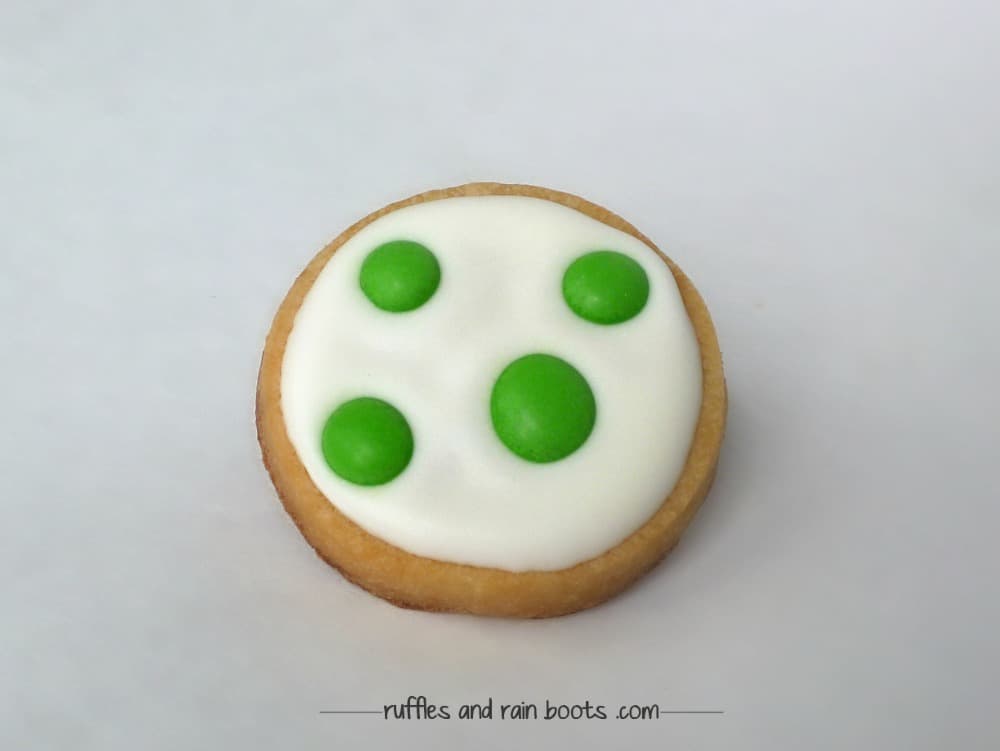 Elise’s favorites were – oh, can you guess? – the dinosaurs. It was hilarious, and maybe a bit alarming, to watch the ferocity with which she bit their little heads off.

Which was followed by laughter… 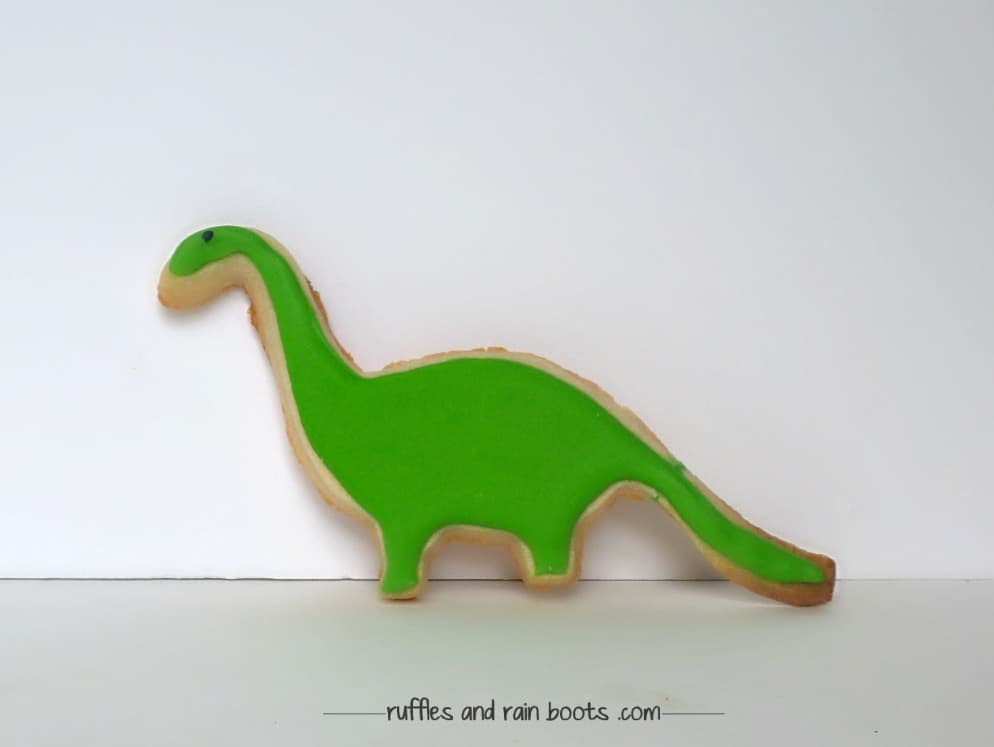 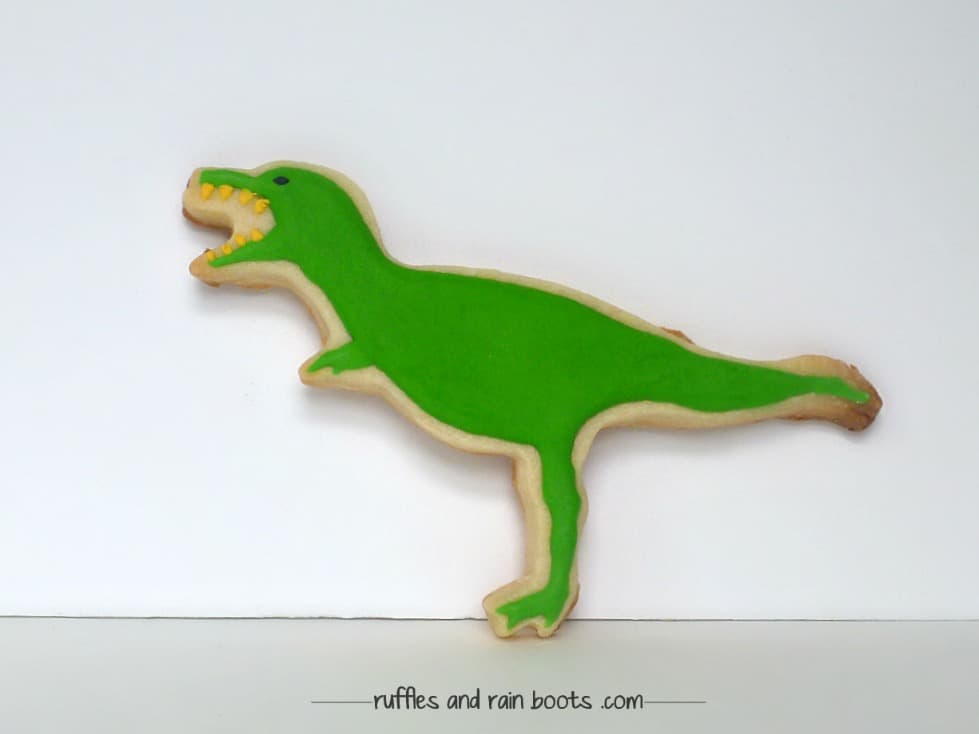 My favorite was the volcano. I got lazy towards the end. Was their any doubt my lazy crafter side would show itself somewhere in this? I also liked it because there wasn’t as much icing on it, so when Elise and I shared it, there wasn’t the dreaded, “sugar high.” 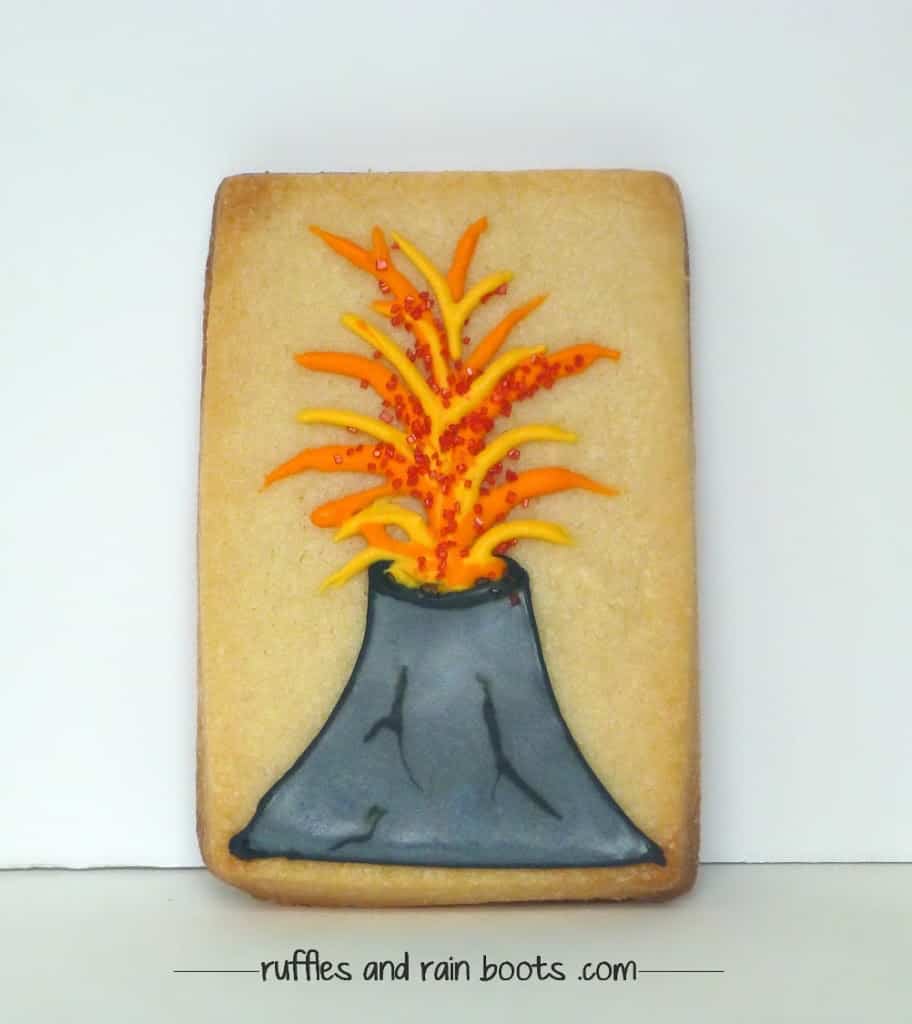 Elise keeps asking for a FROZEN party so that we can have FROZEN cookies… Anyone have any ideas for that? All I’ve come up with so far is snowflakes and a few differently sized circles so that she could build Olaf, the snowman. Any others?

Thanks for stopping by today. I hope the rest of your day is sweet! 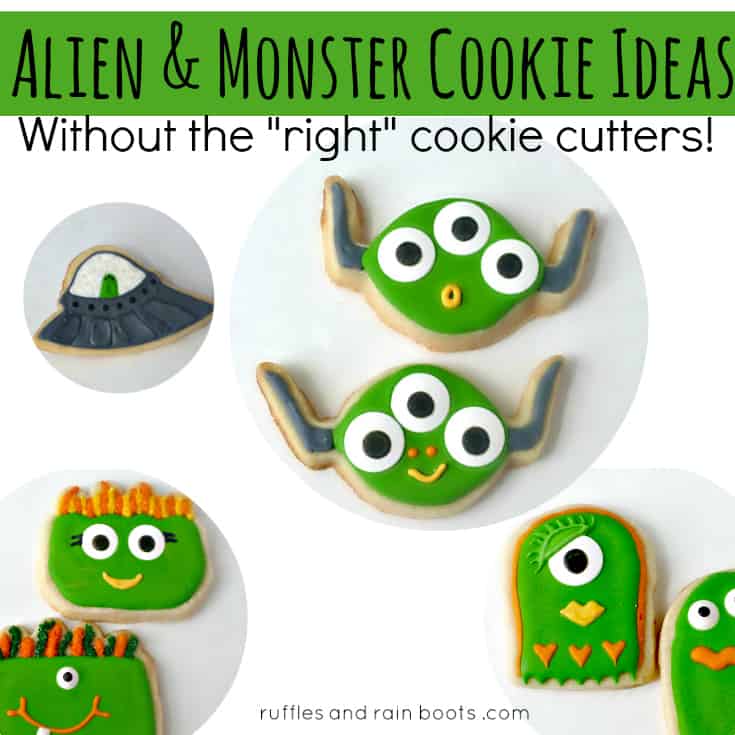 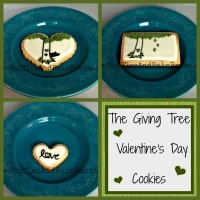